﻿What a difference a week makes!
The secretly-blooming-while-I-was-at-work crocus are now blooming when I can see them! 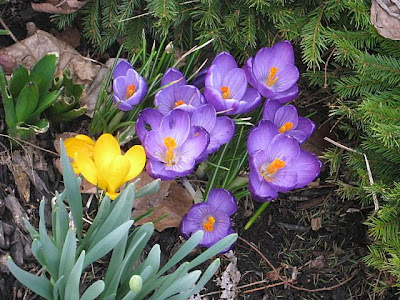 A few early daffodils are blooming too! 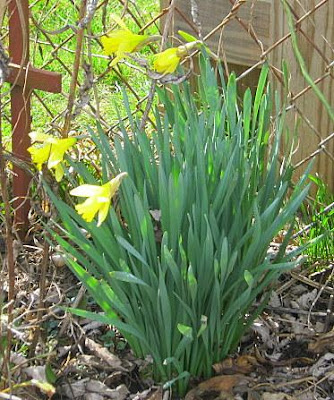 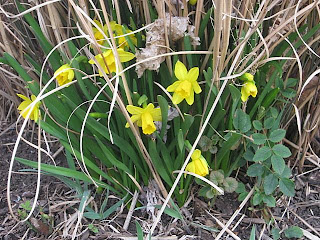 With temperatures in the 70’s this week, I think plenty of other formerly shy flowers just might show their faces. Stay tuned… 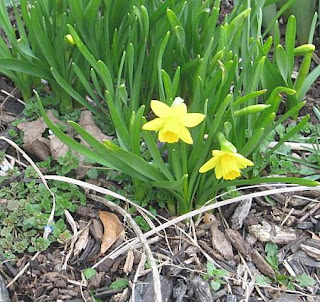 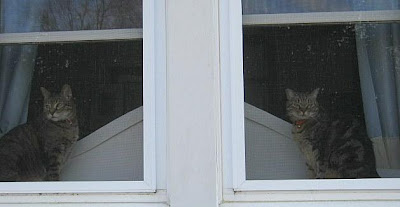 Pinkerton hides under the bed when I open the windows.
He knows he has it good in the house.
He is not going to chance going near an open window lest he be sucked
out into the cruel world of stray kitties. 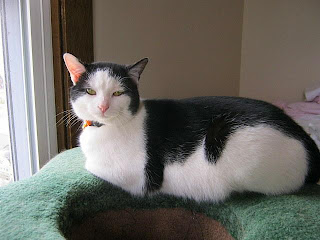 Or, at least, that is what I think he thinks…
This week I am linking to:
http://www.anoregoncottage.com/

Posted by Deb @ Lavender Garden Cottage at 11:01 AM